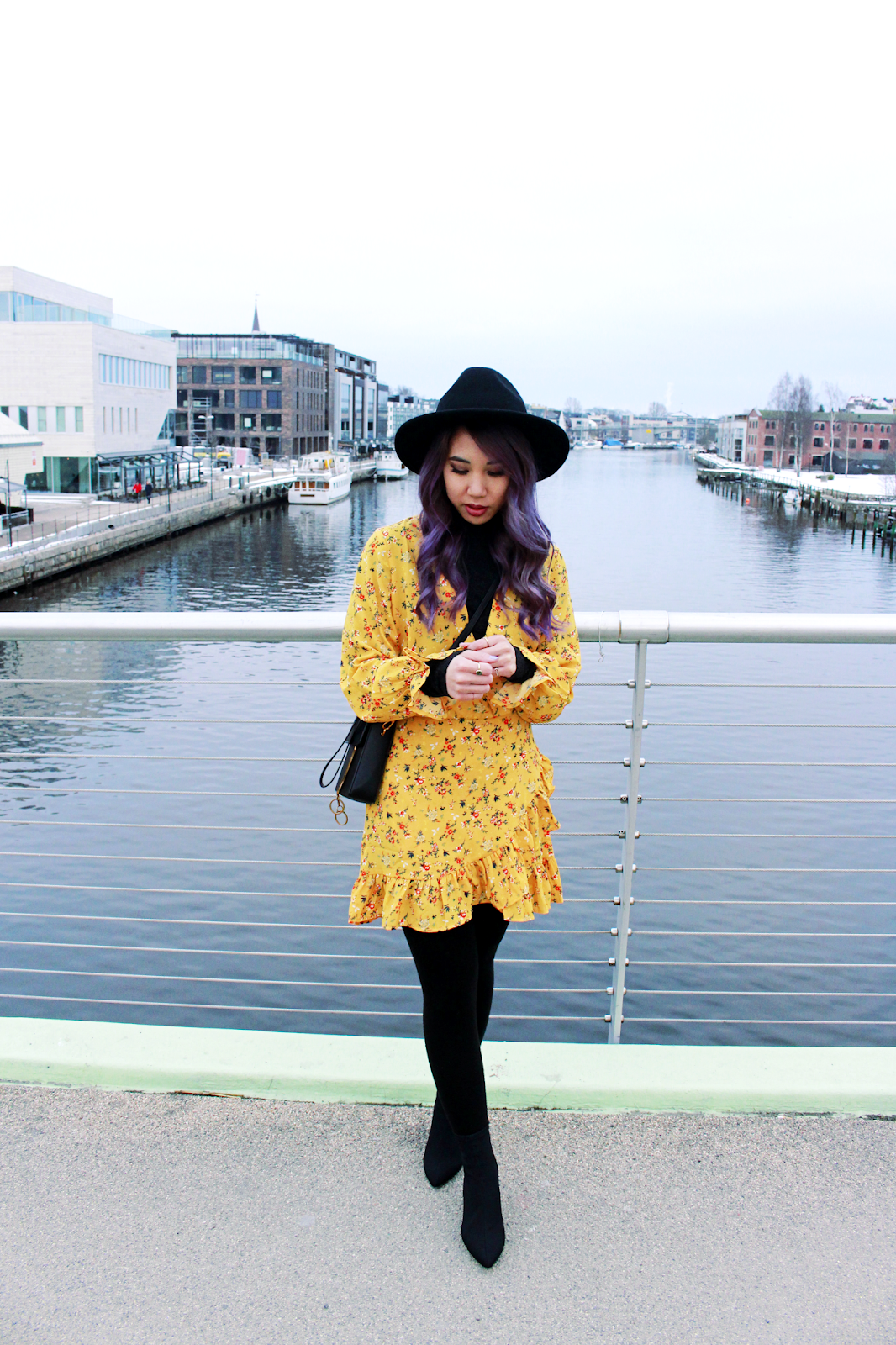 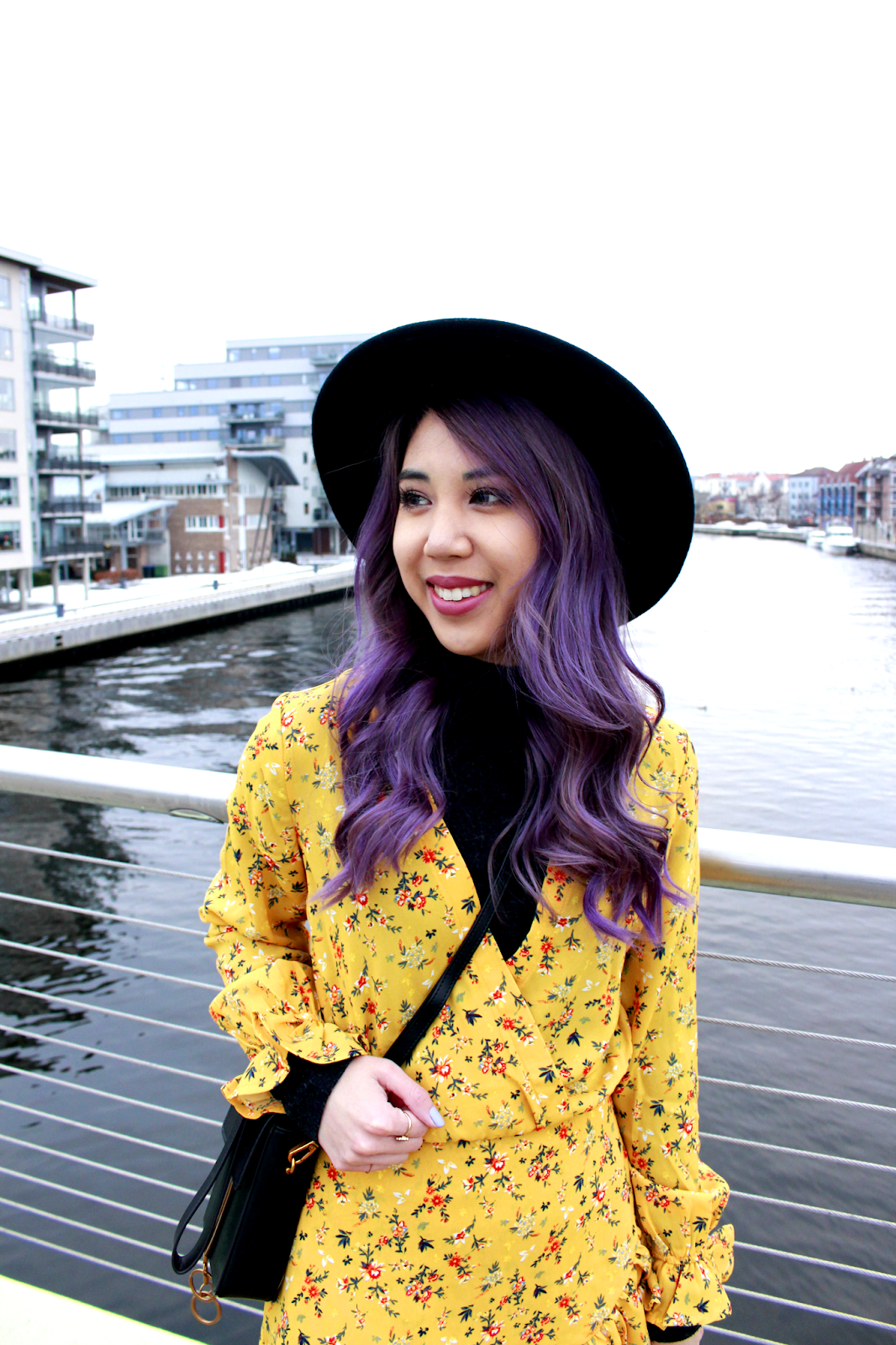 Hope I see you soon, Spring! This cute floral dress is so perfect for spring, but too bad it's still cold. So I coordinated the dress with a turtleneck sweater and a hat to keep it warm. I really liked how the outfit turned out. I'm looking forward to spring, then I can wear the dress without sweater and stockings.
Posted by Tram D. at 6:46 PM 2 comments: 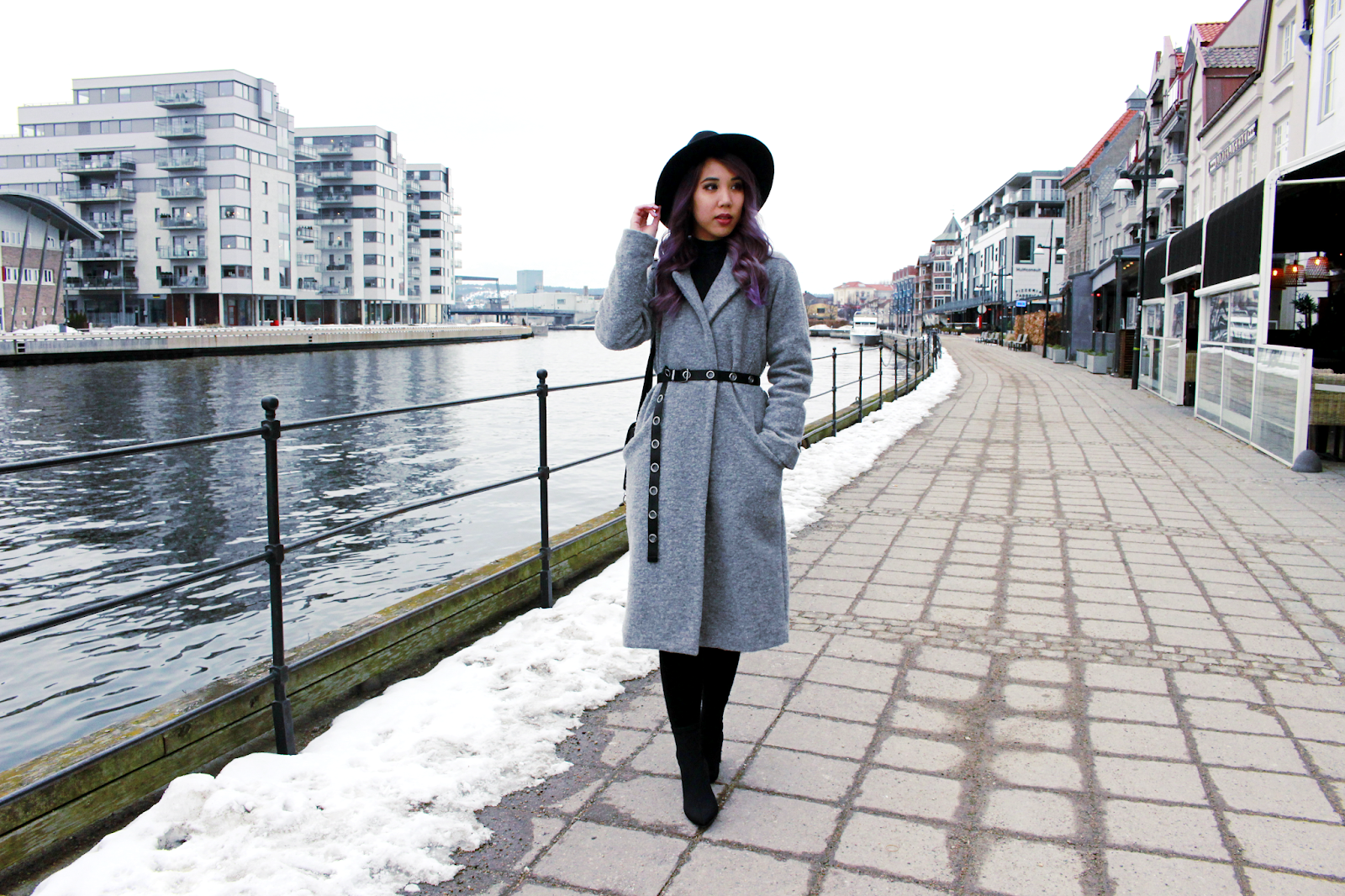 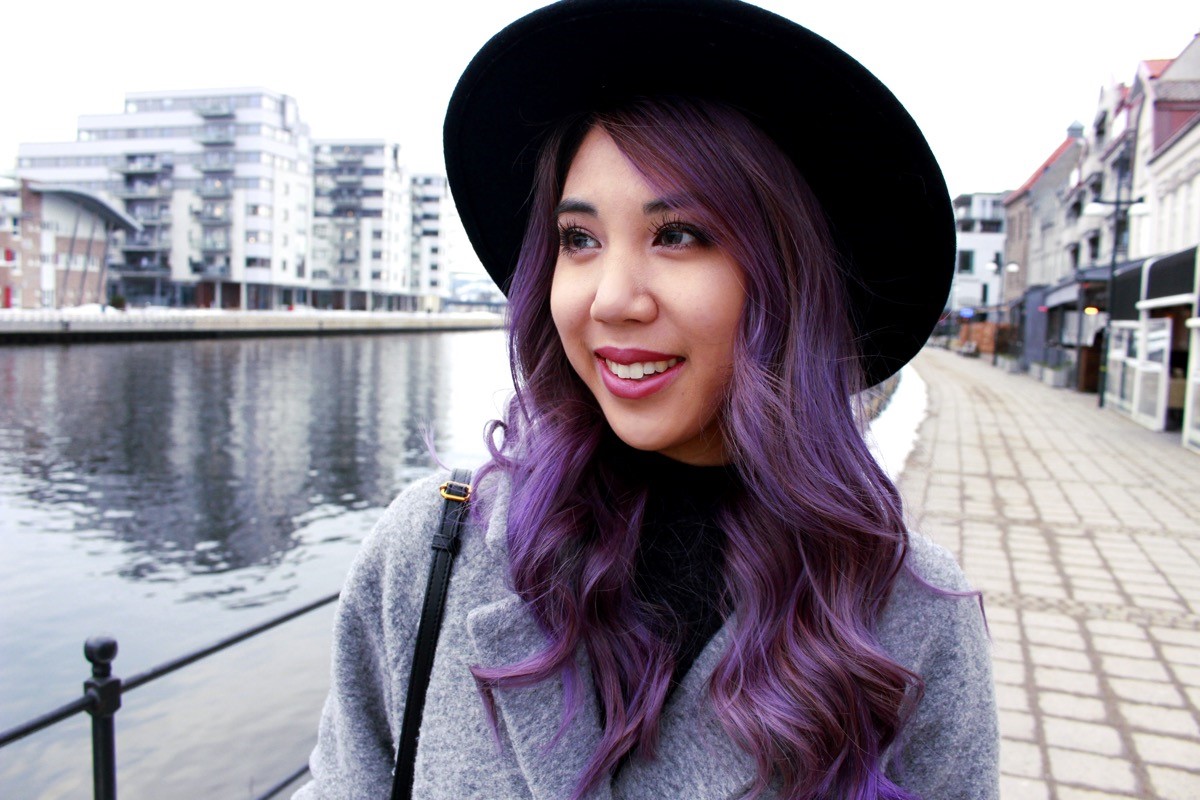 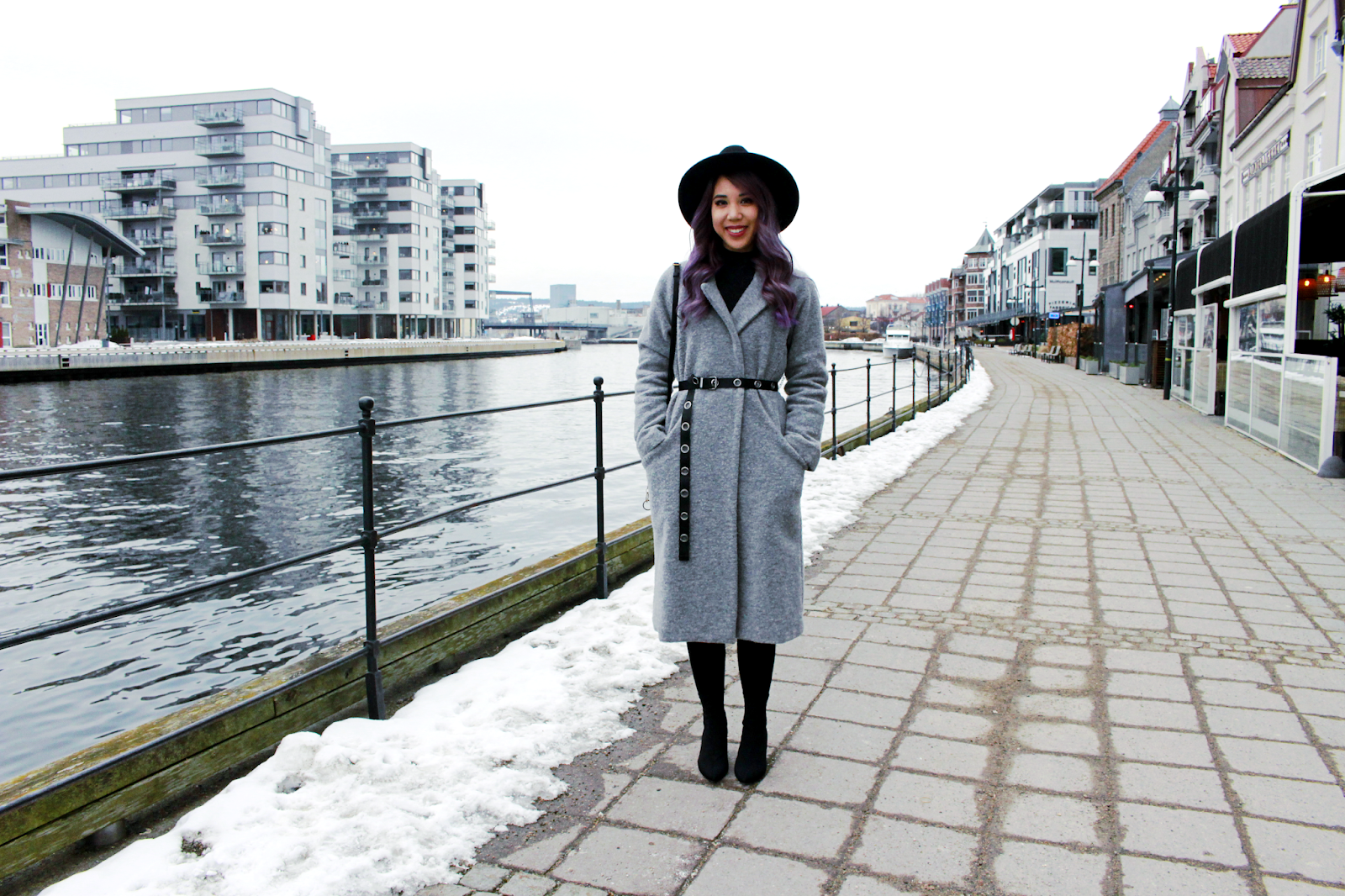 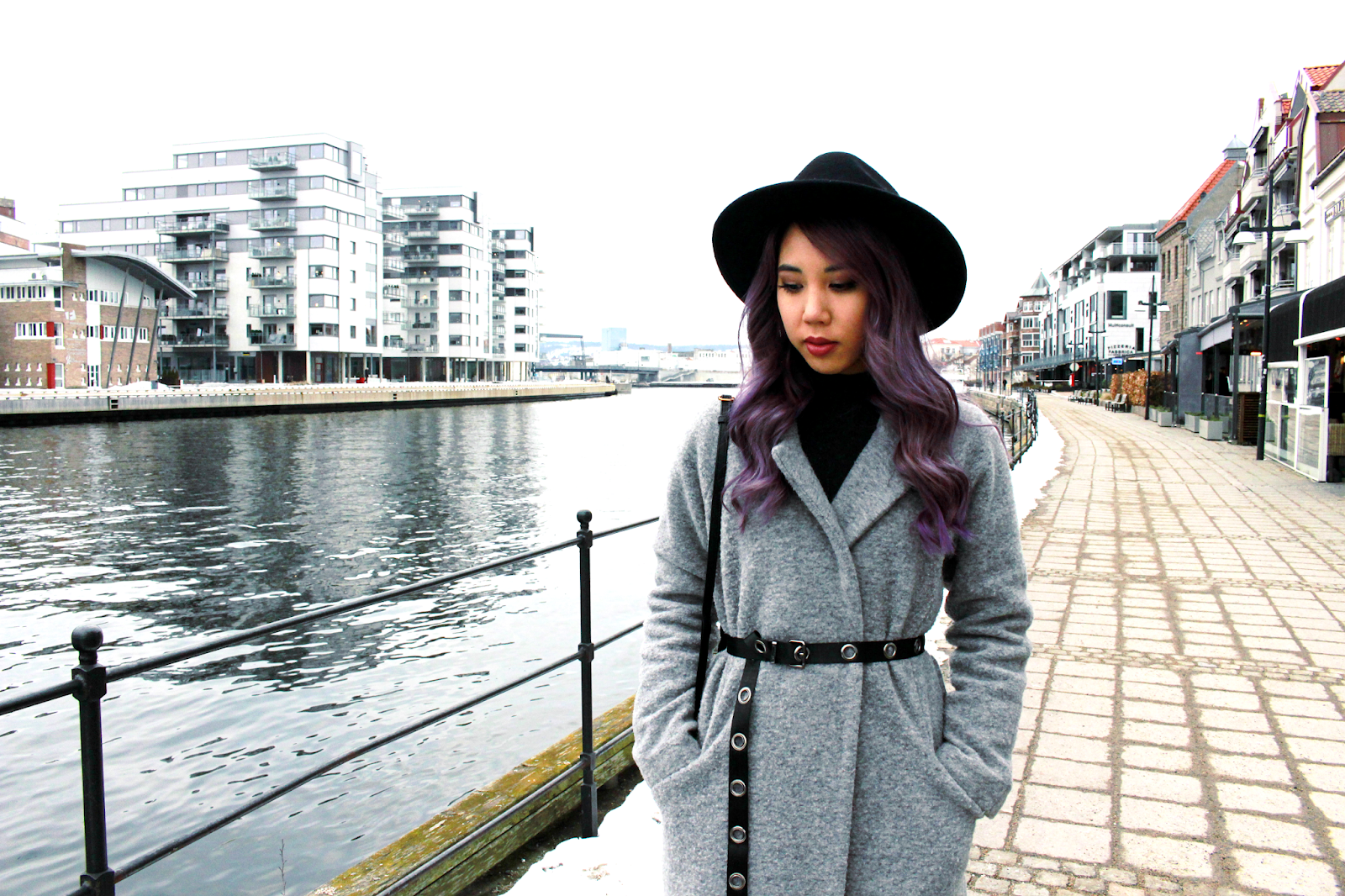 It's so tiring with heavy clothes in the winter. So I like wearing a warm coat. I think it's less heavy and more chic. To keep it warm I wore a hat and I also used a belt so the outfit doesn't look so boring.
Posted by Tram D. at 9:46 PM 2 comments:

ENRIQUE IGLESIAS, YOU WERE AWESOME 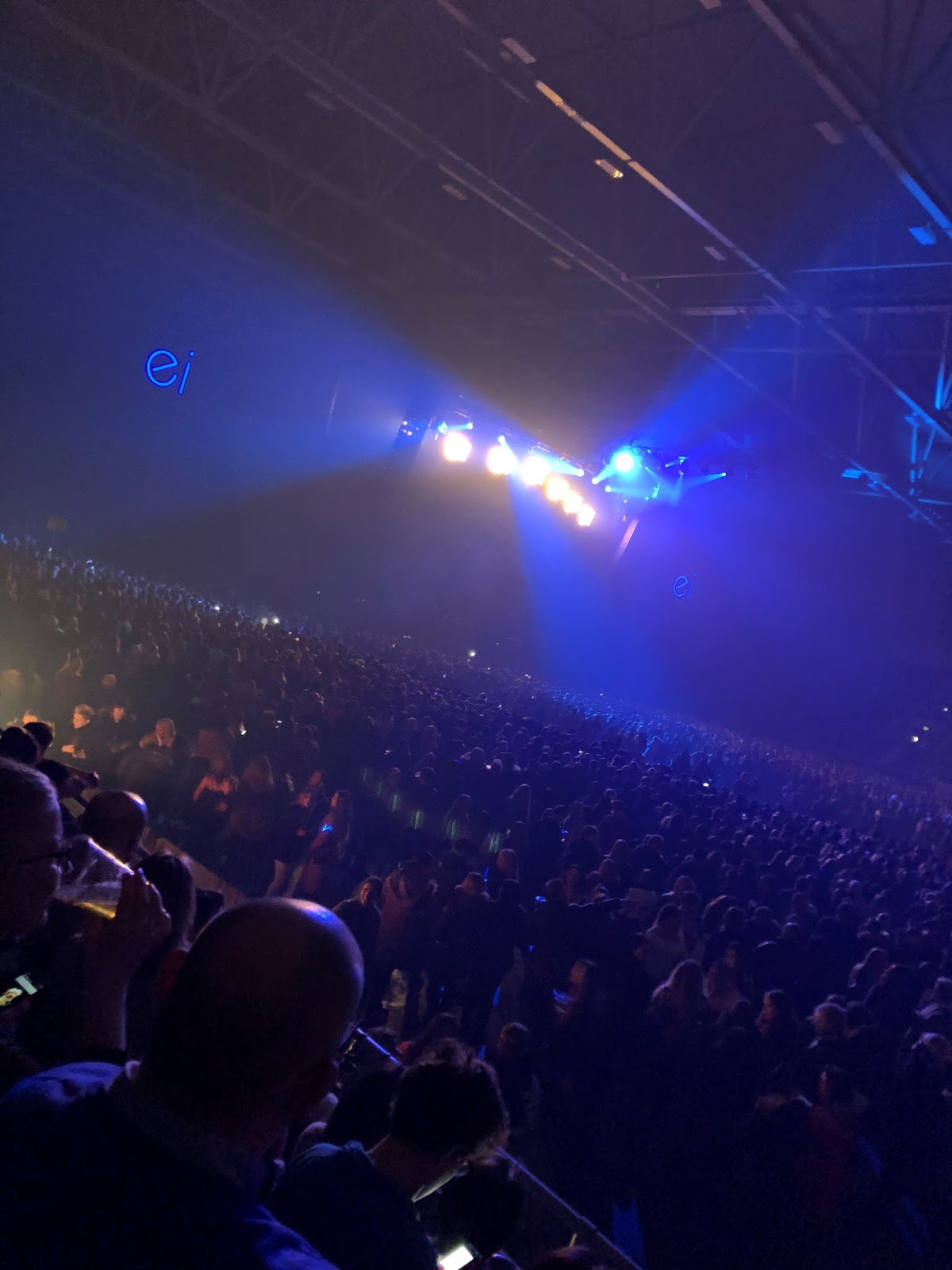 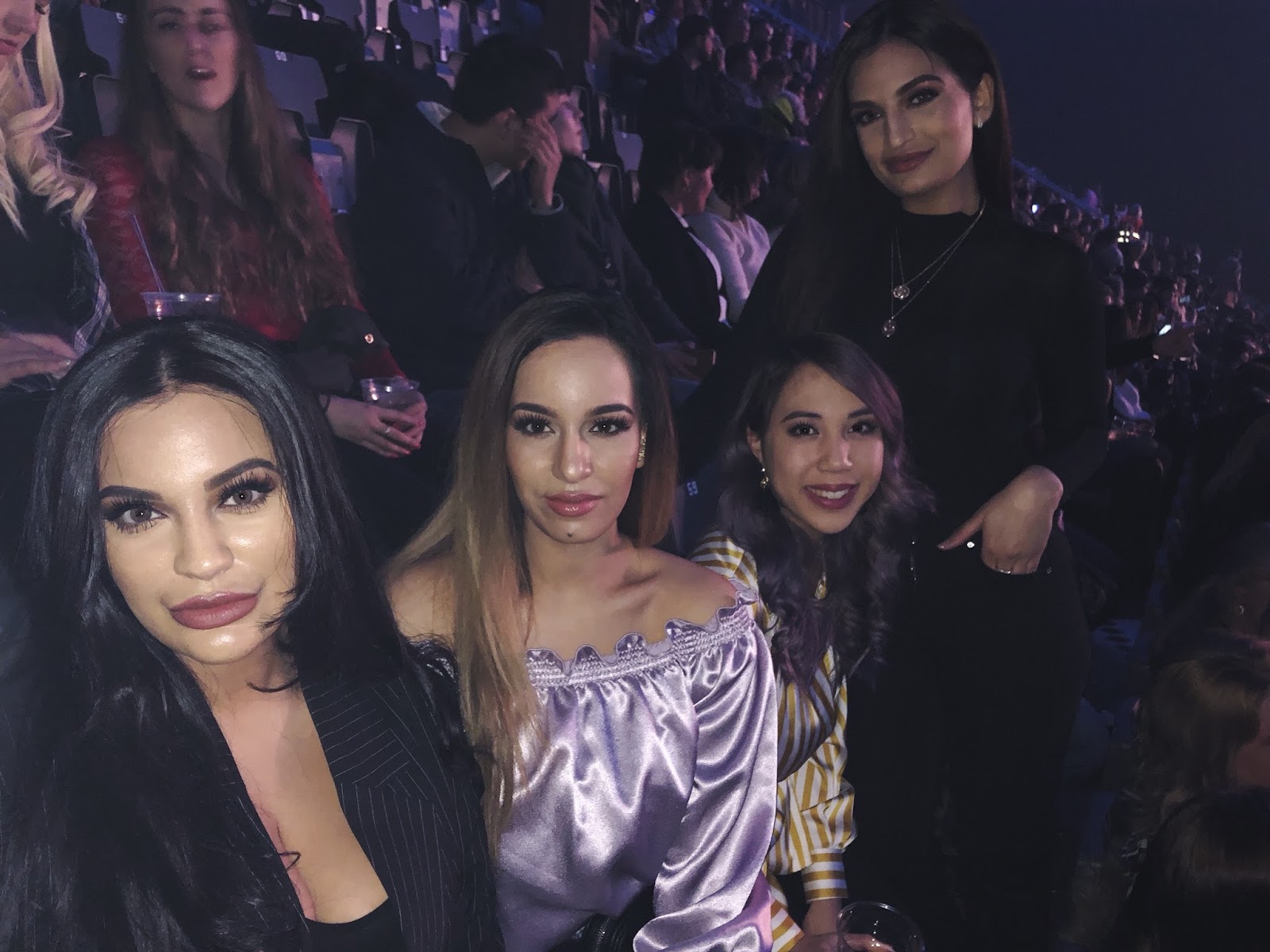 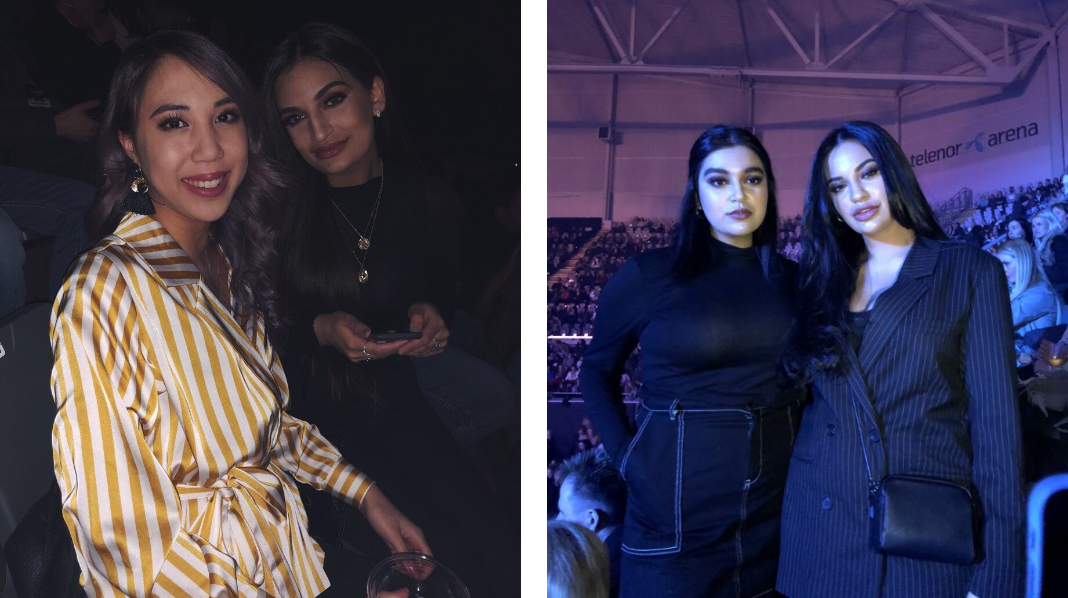 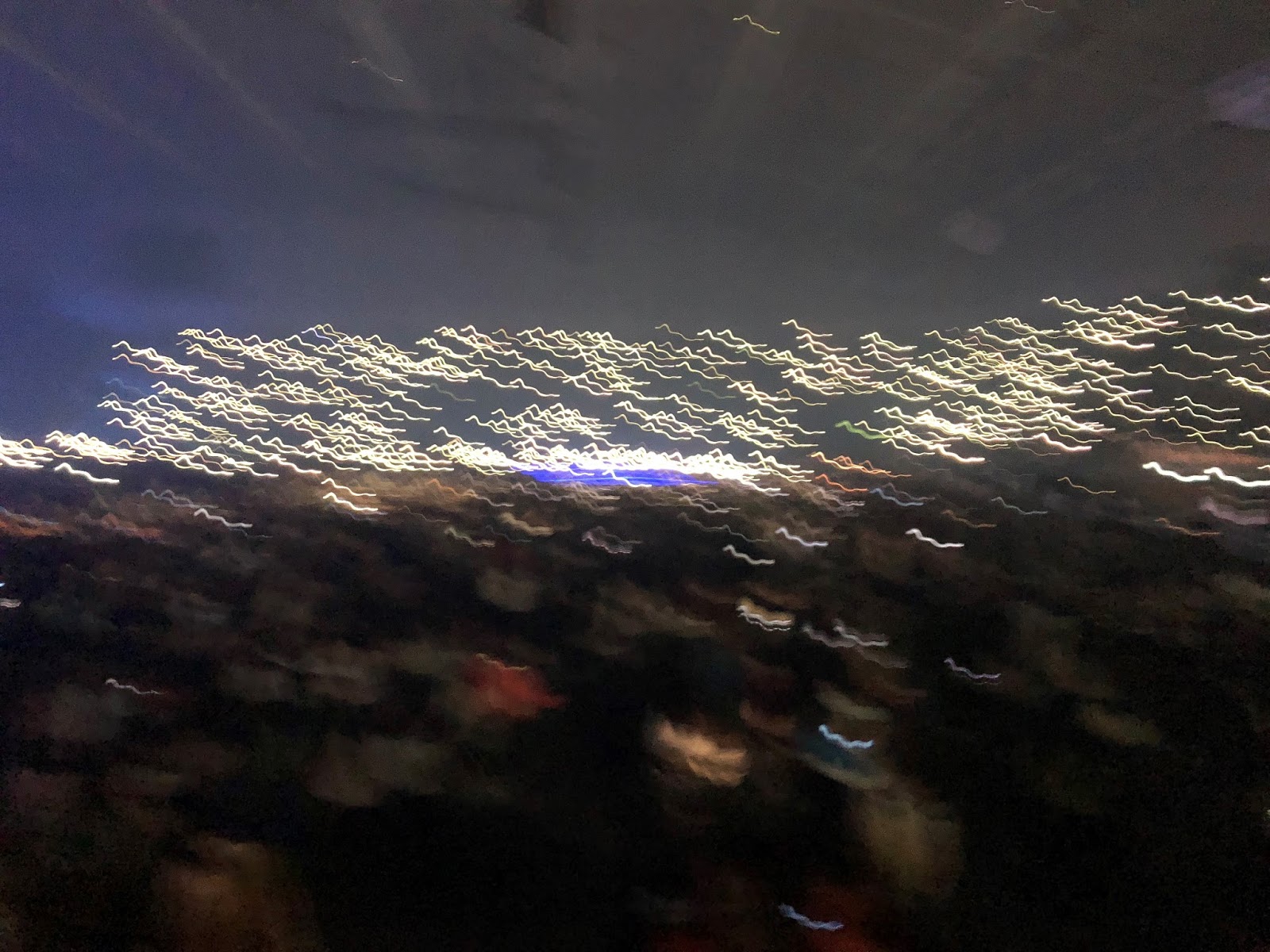 I was at Enrique Iglesias concert with my girlfriends yesterday. It was really spontaneous. I'm not super fan of him, but my girlfriends asked me if I wanted to join them, so why not I said. I wasn't that hyped, but when he came on stage I was blown away. He had an incredibly nice voice. I can still hear his voice in my head. I liked that he talked and hugged his fans. That's so generous of him. I'm so happy, I don't regret that I attended his concert at all.
Posted by Tram D. at 10:40 PM 1 comment: 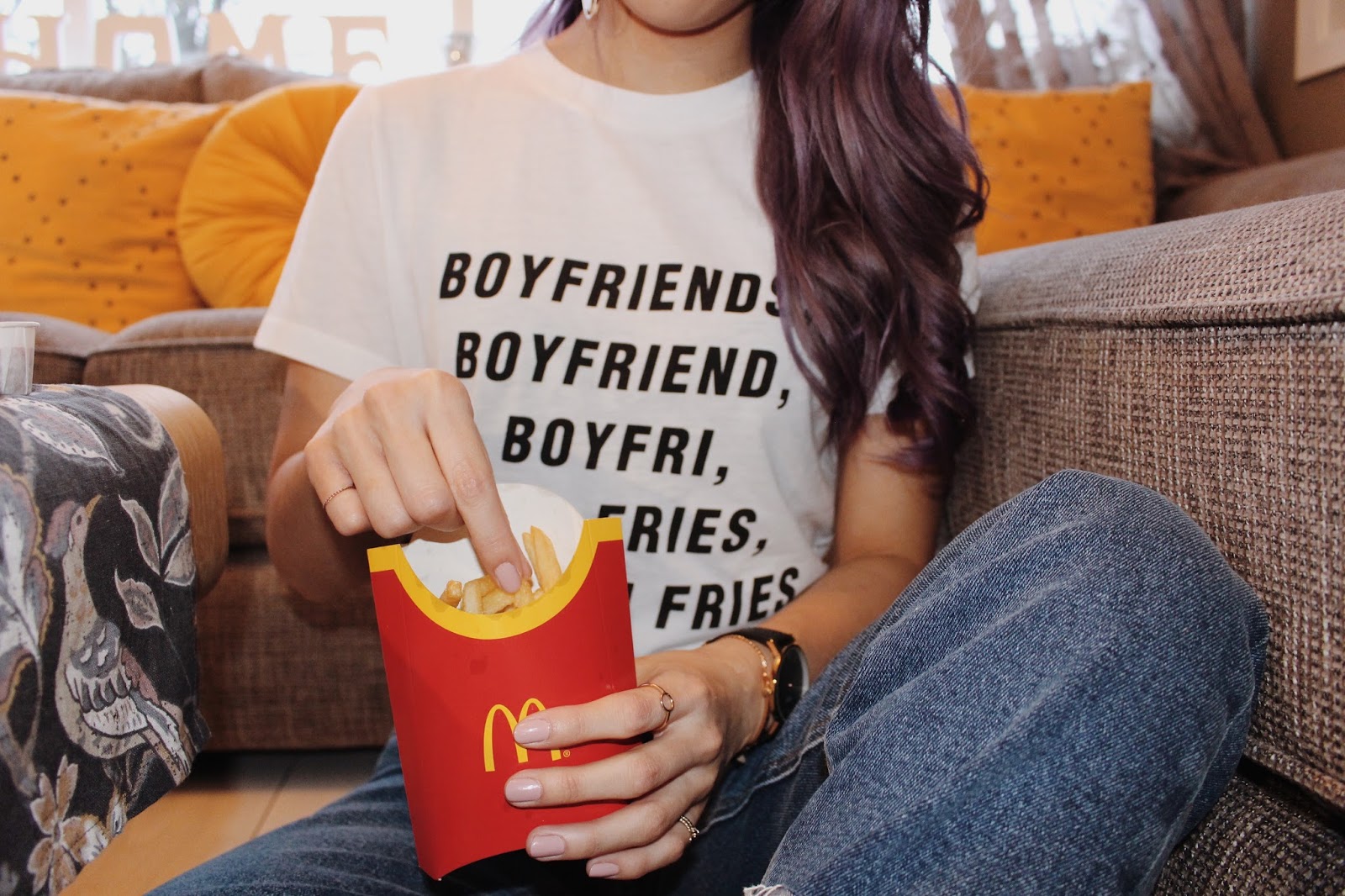 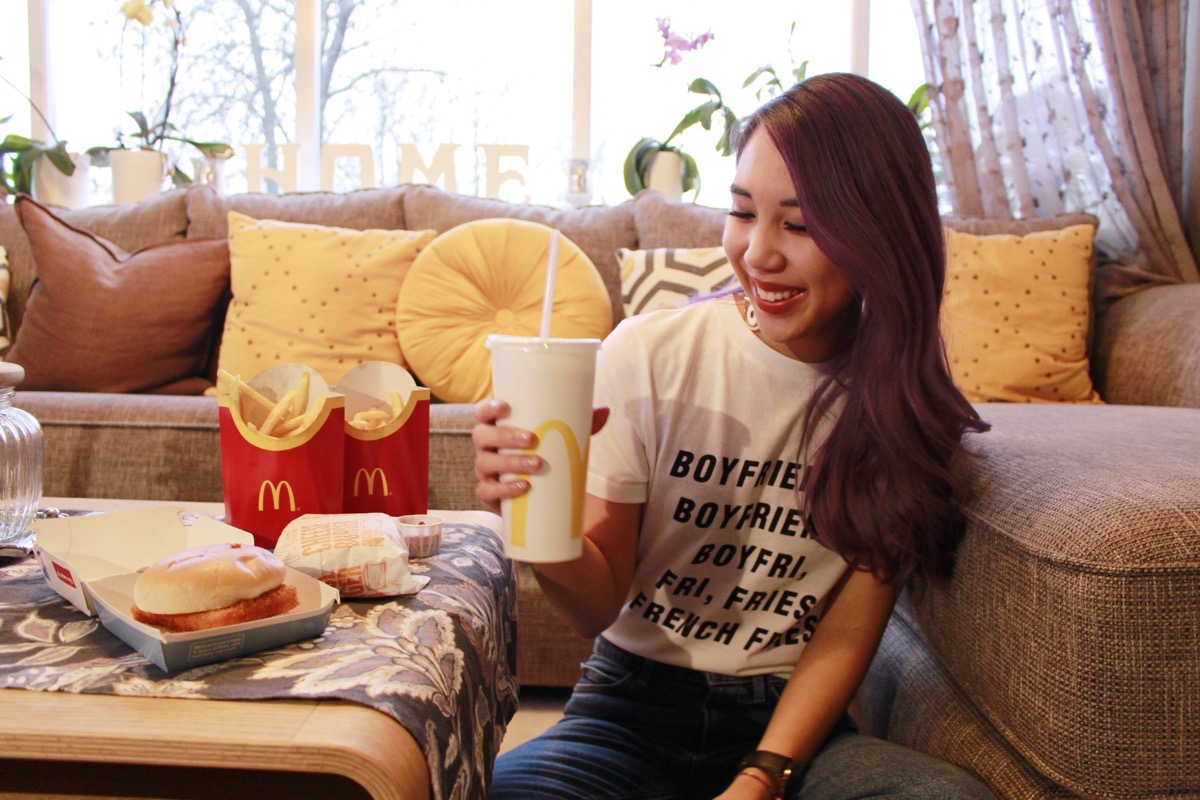 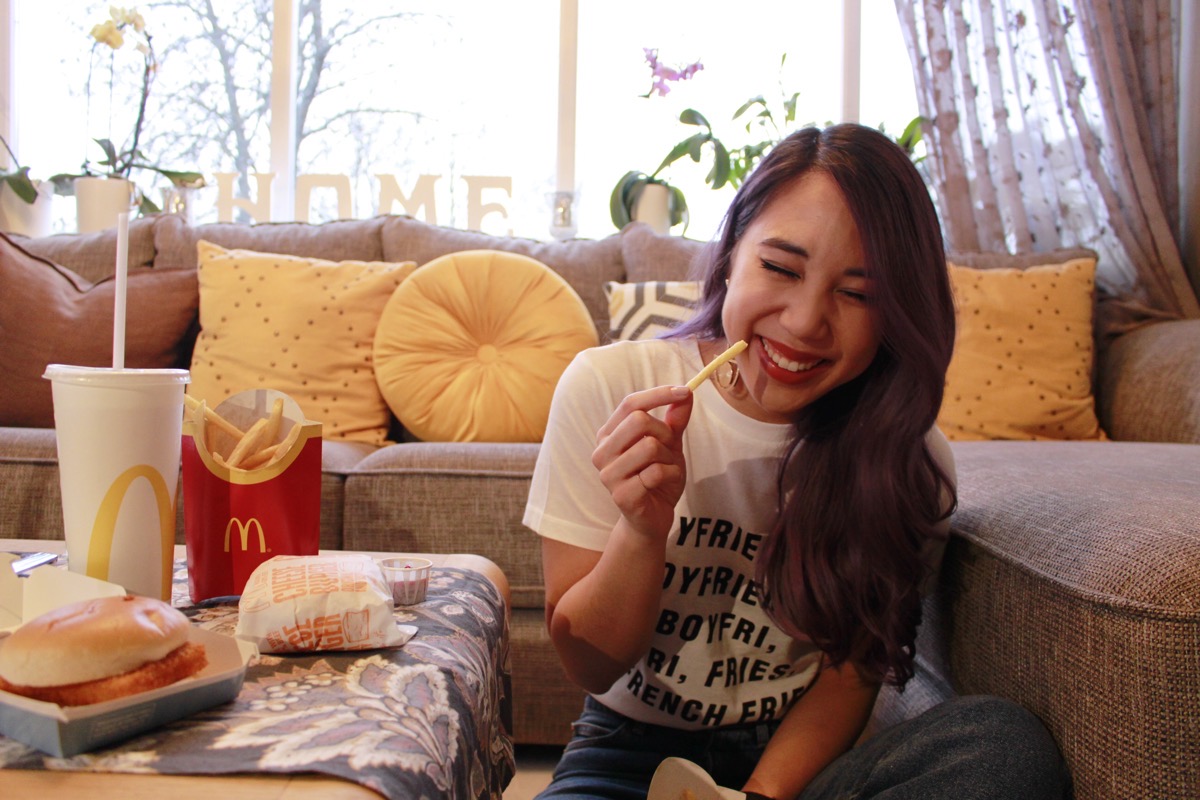 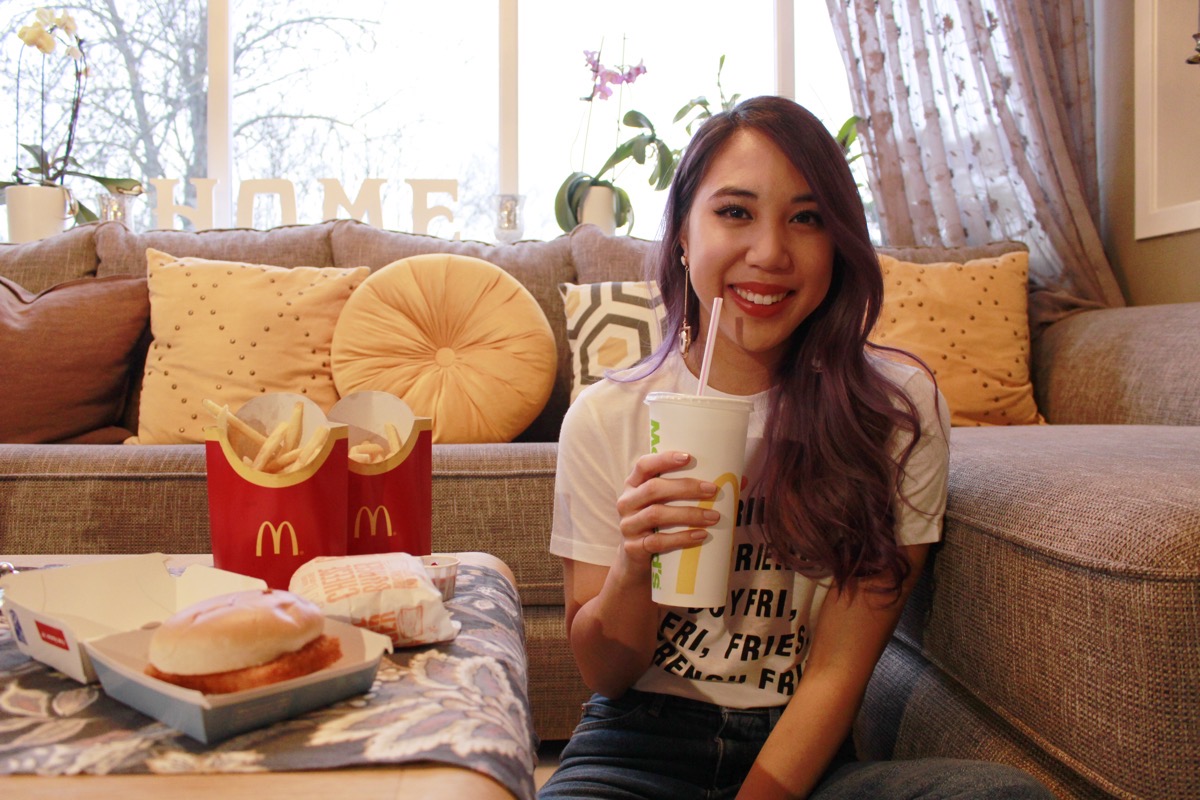 What else do I need when I have fries? I think the t-shirt suits me well because I love fries. It's simple and cool. It's also simple to coordinate with other clothes. I bought the t-shirt from Bik Bok.

As you see, I ordered McDonald's take away to take pictures with the t-shirt. I snacked while we took pictures. It was fun, but unfortunately the burger and fries were cold when we were eating.
Posted by Tram D. at 9:31 PM 1 comment:

I THOUGHT WINTER WAS OVER 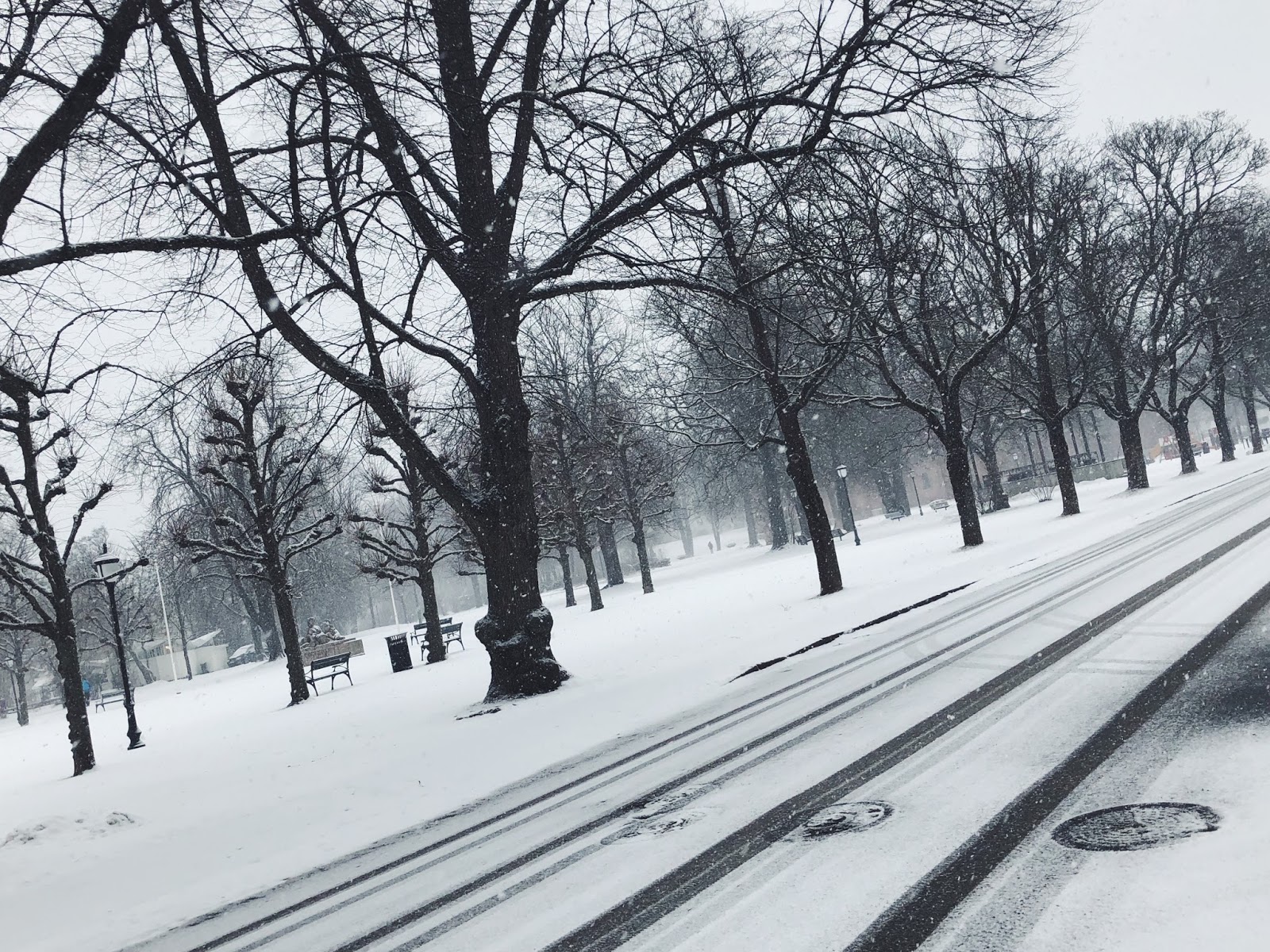 I thought spring was around the corner, but nope, I was wrong. It's snowing right now. Still cold and gloomy. I think winter and snow are beautiful, but I'm tired of it now. I'm tired of layering and heavy clothes. I miss summer and warmth. I want to enjoy the sun wearing a floral dress and eating ice cream.
Posted by Tram D. at 4:52 PM 1 comment: 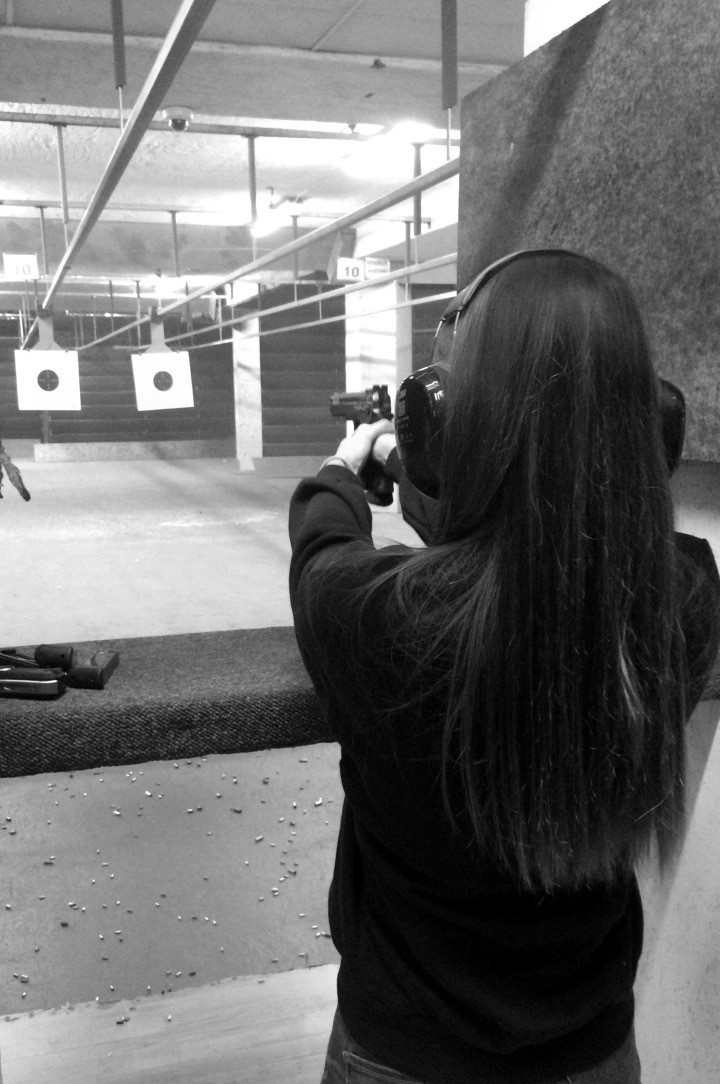 Email ThisBlogThis!Share to TwitterShare to FacebookShare to Pinterest
Labels: Uncategorized 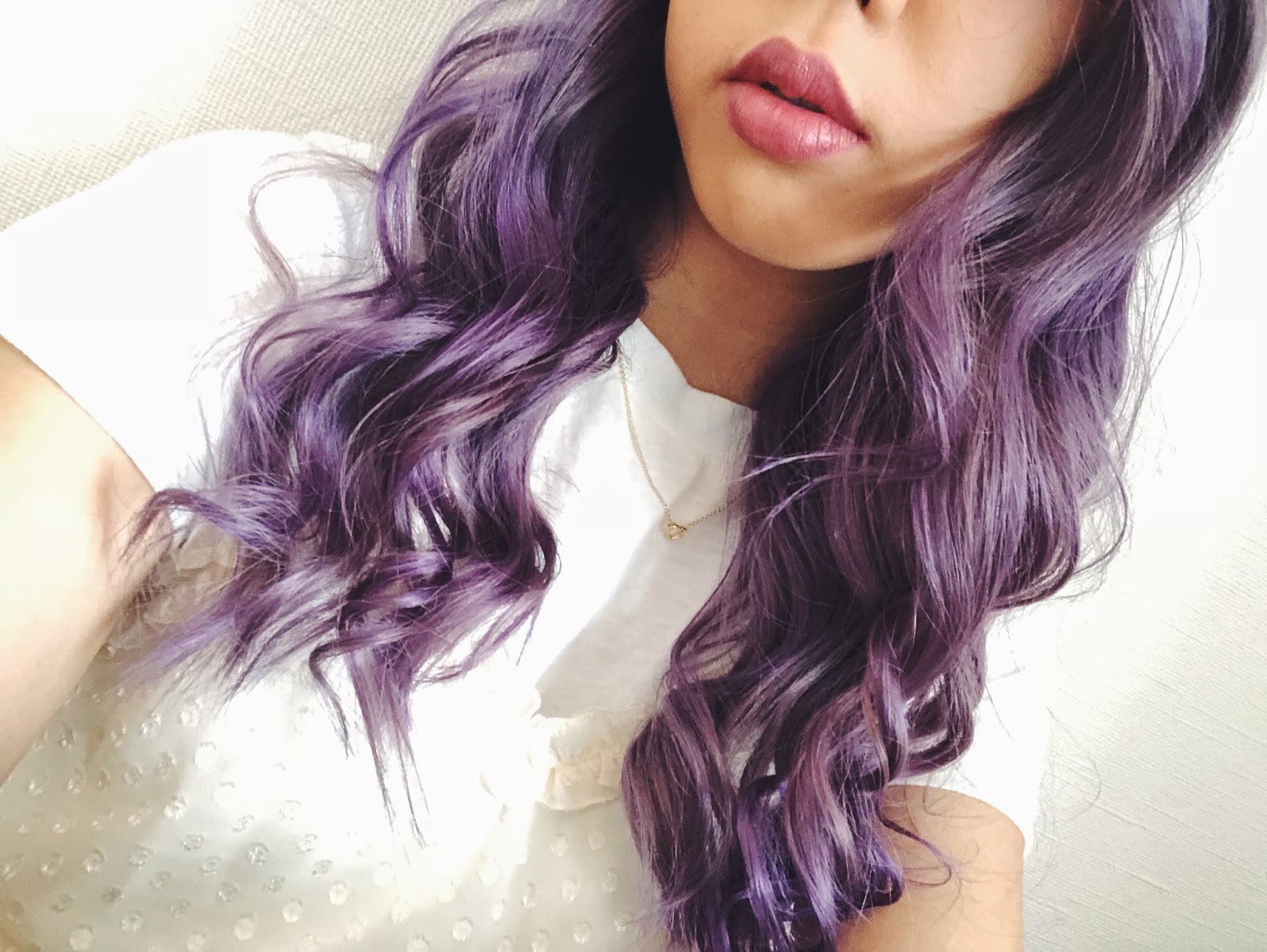 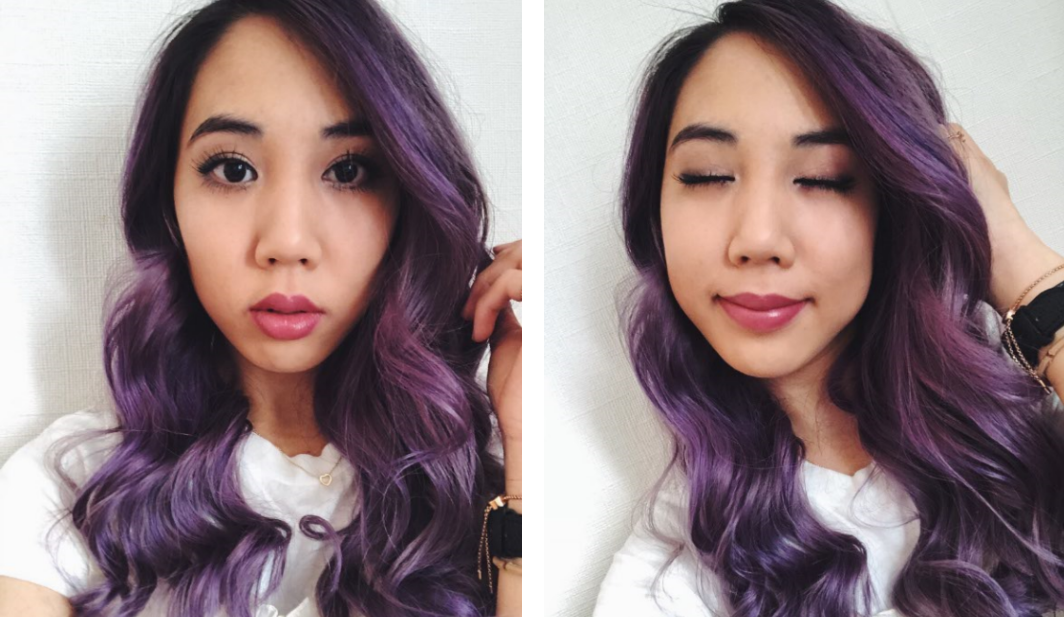 This is not the first time I have dyed my hair purple. As you know I love purple and never get tired of it, I think. I used a semi-permanent hair dye, Revlon Nutri Color Creme 002 Lavender and the color will fade eventually. It turned out really nice and more purple this time. I think it's because I bleached my hair in december and I had silver blonde hair.
Posted by Tram D. at 10:03 PM 2 comments: 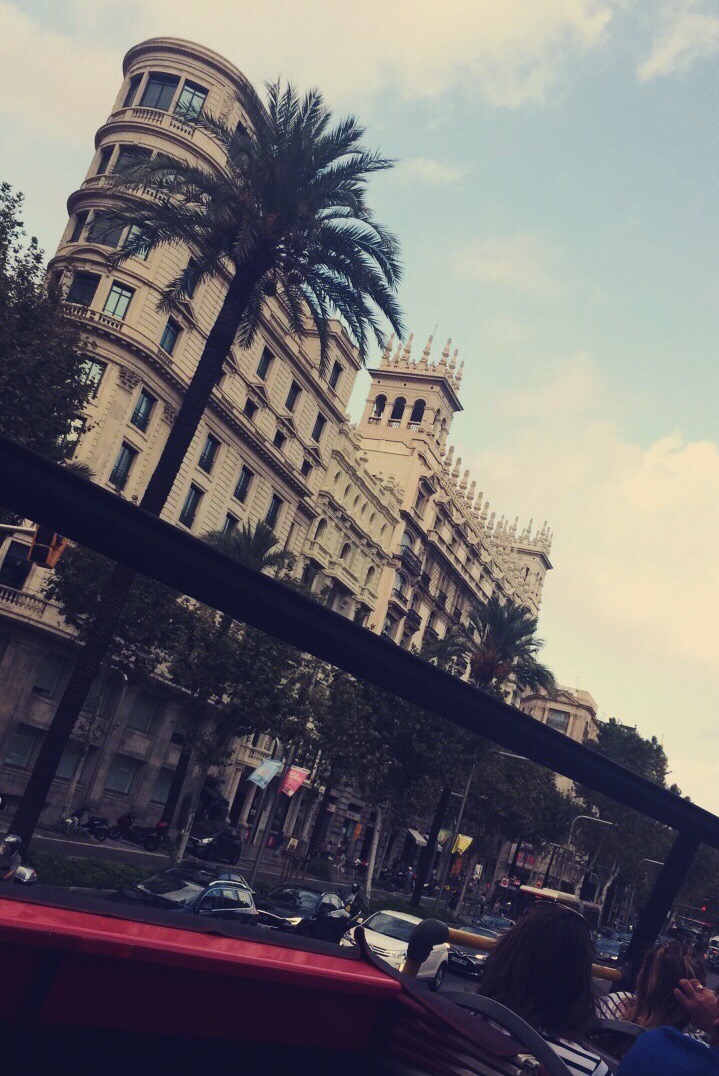 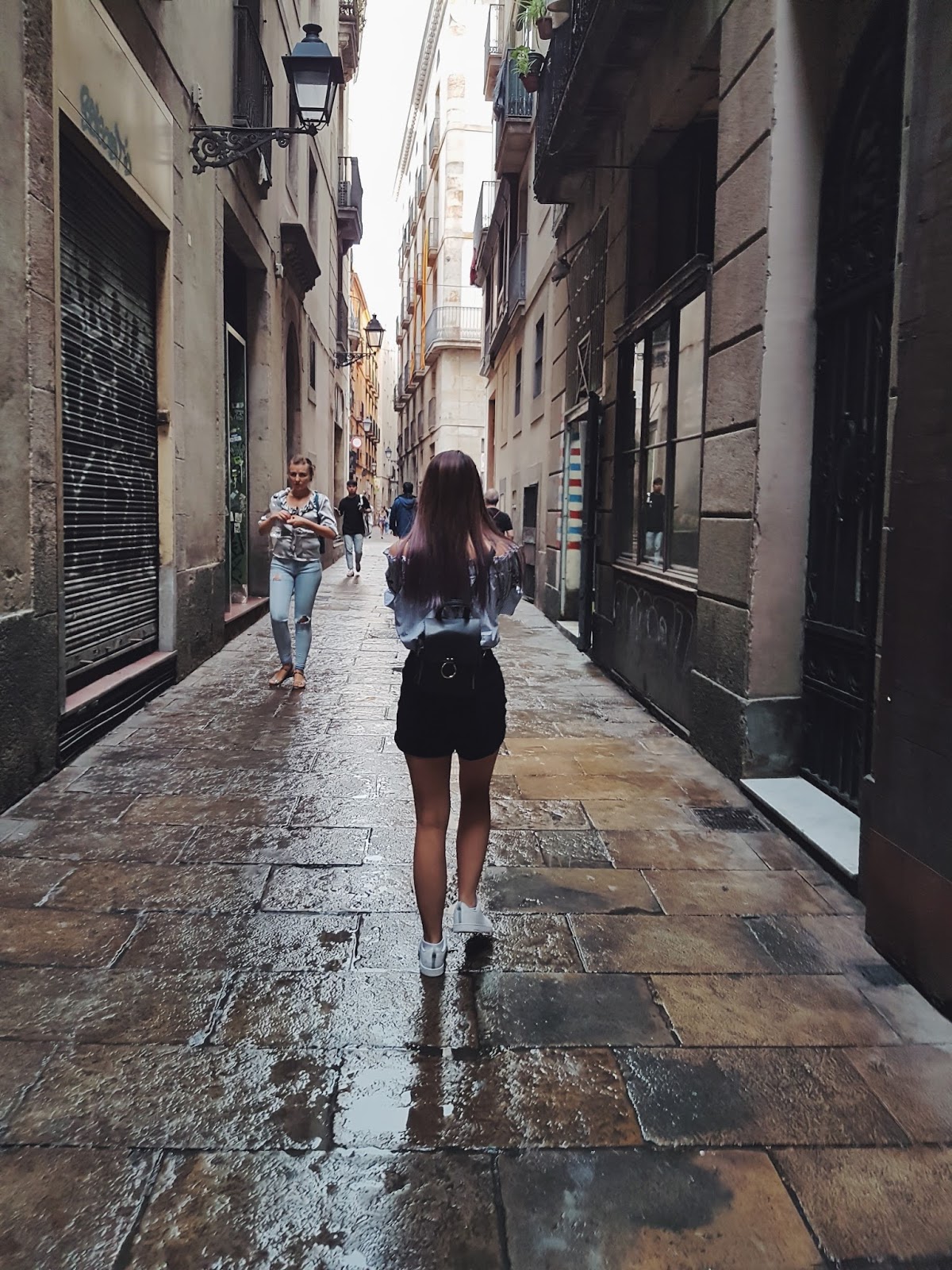 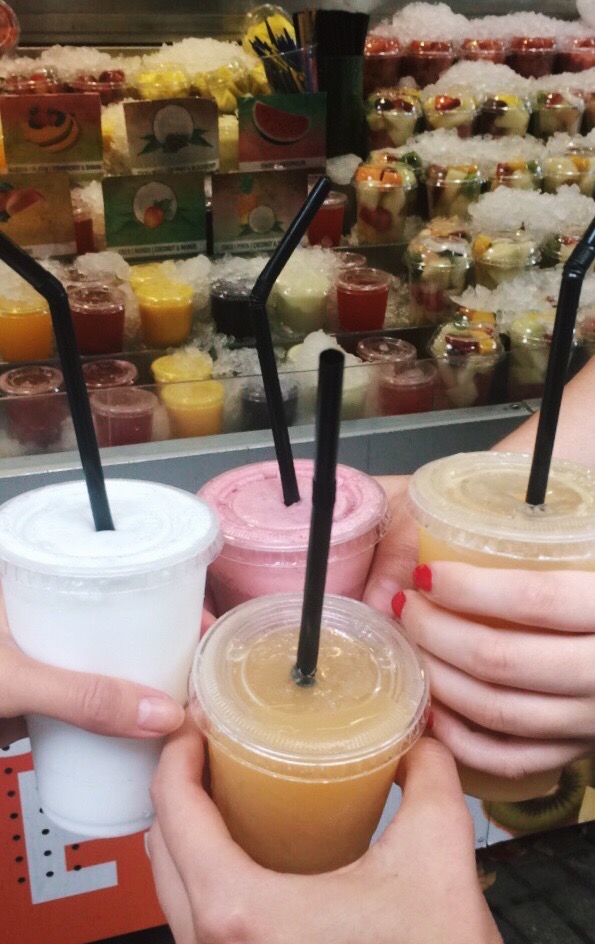 I love these smoothies/juice, especially coconut flavour. These smoothies are so fresh and delicious. They sell these everywhere on the street. It's really nice to have a cold smoothie in the warm weather in Barcelona. 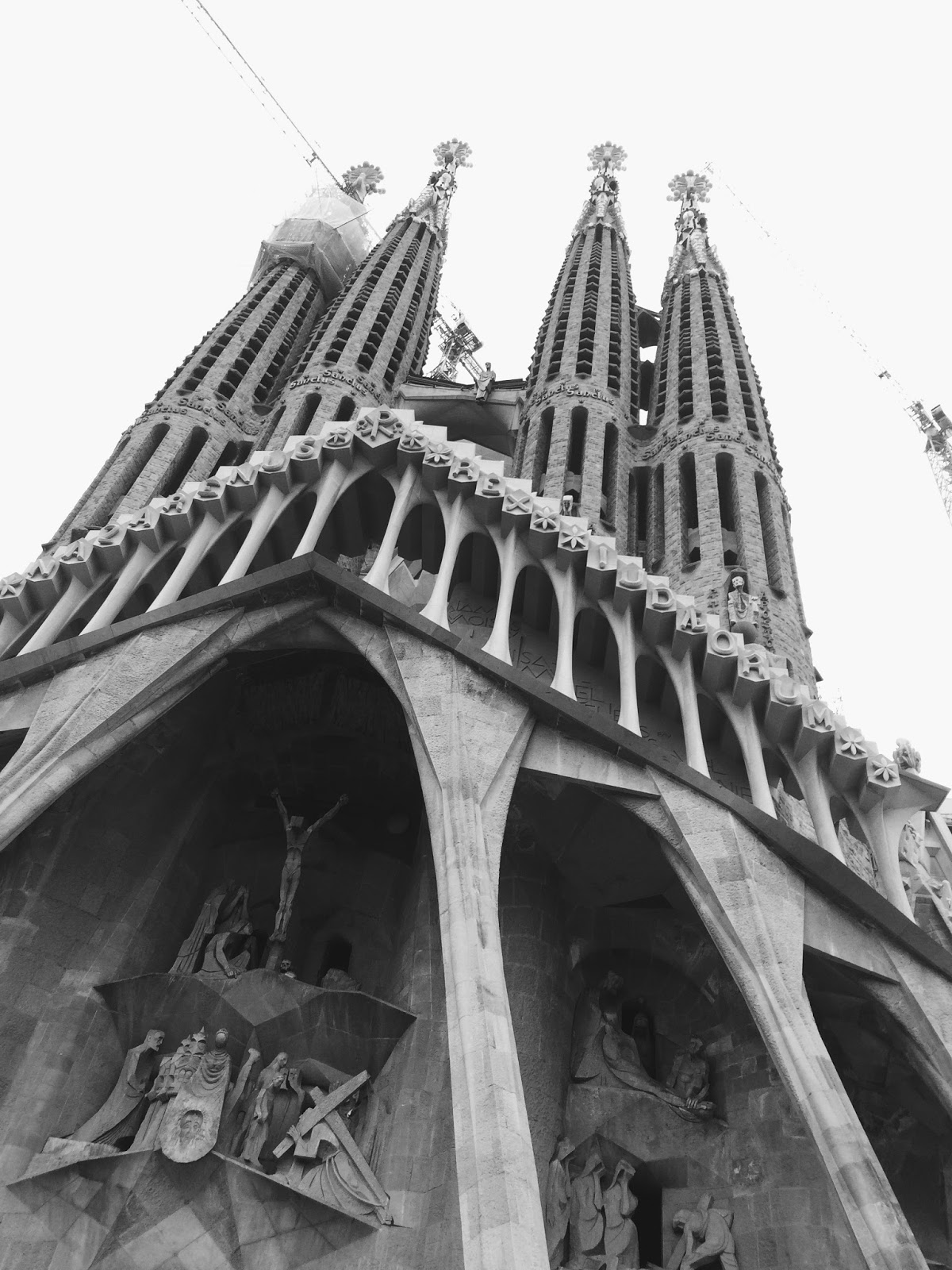 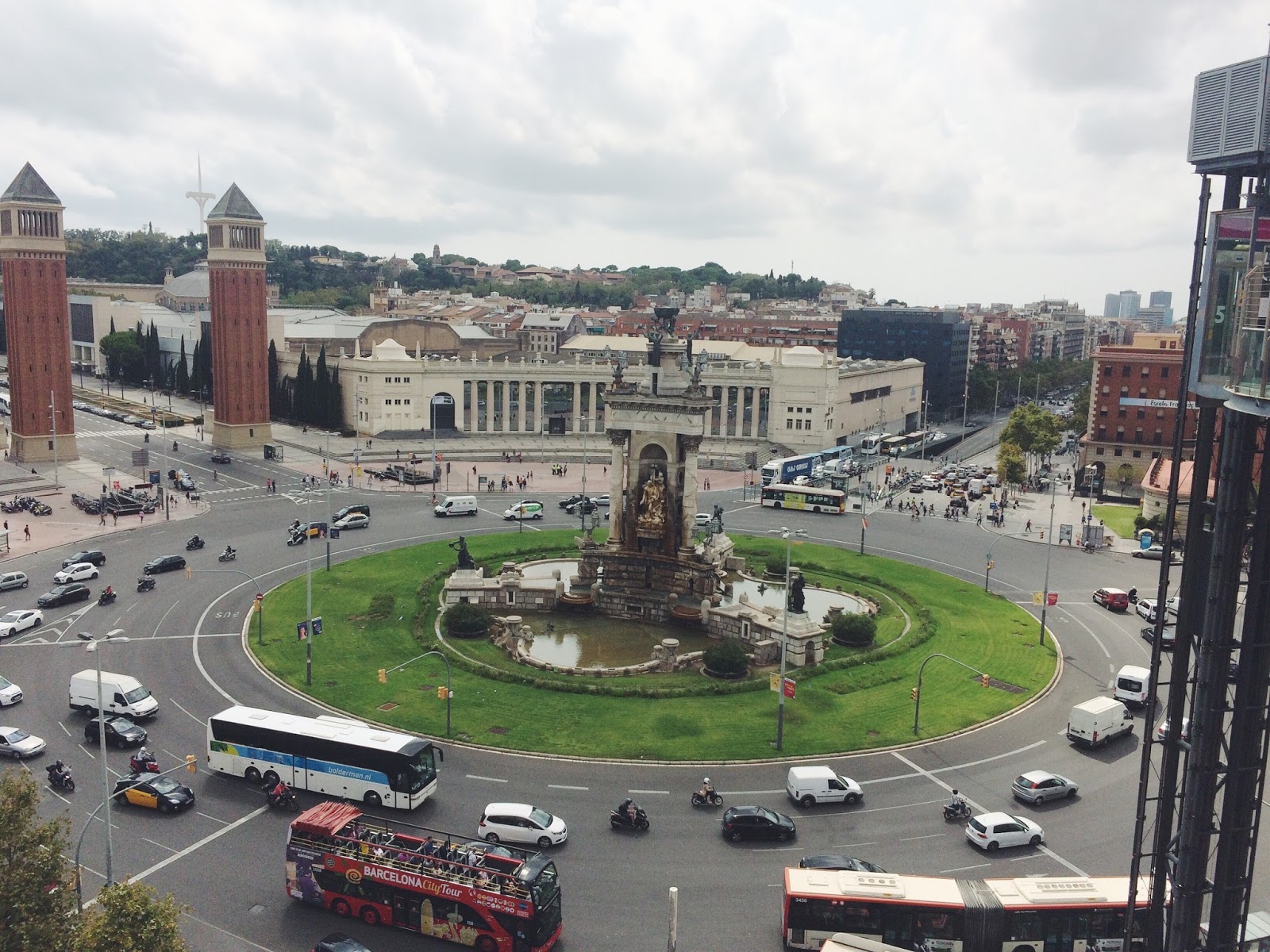 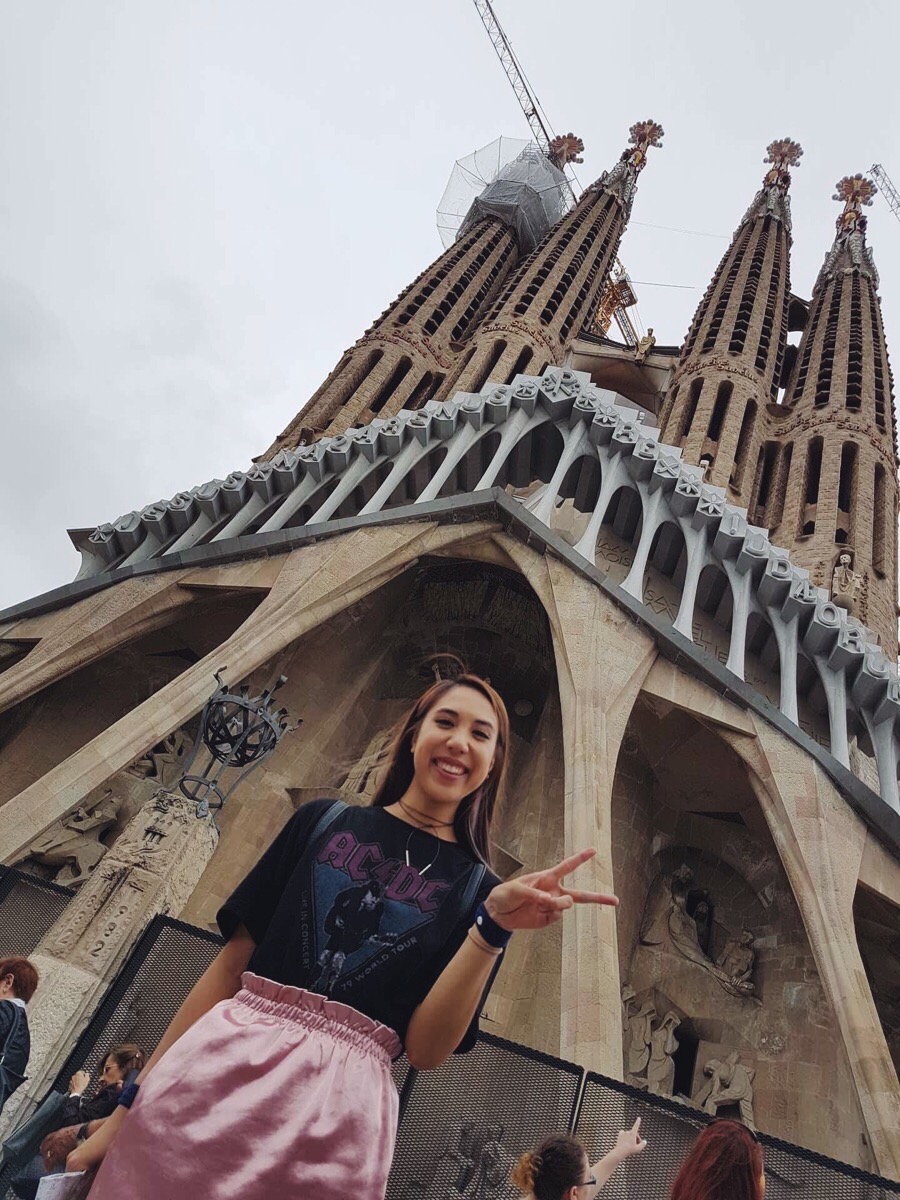 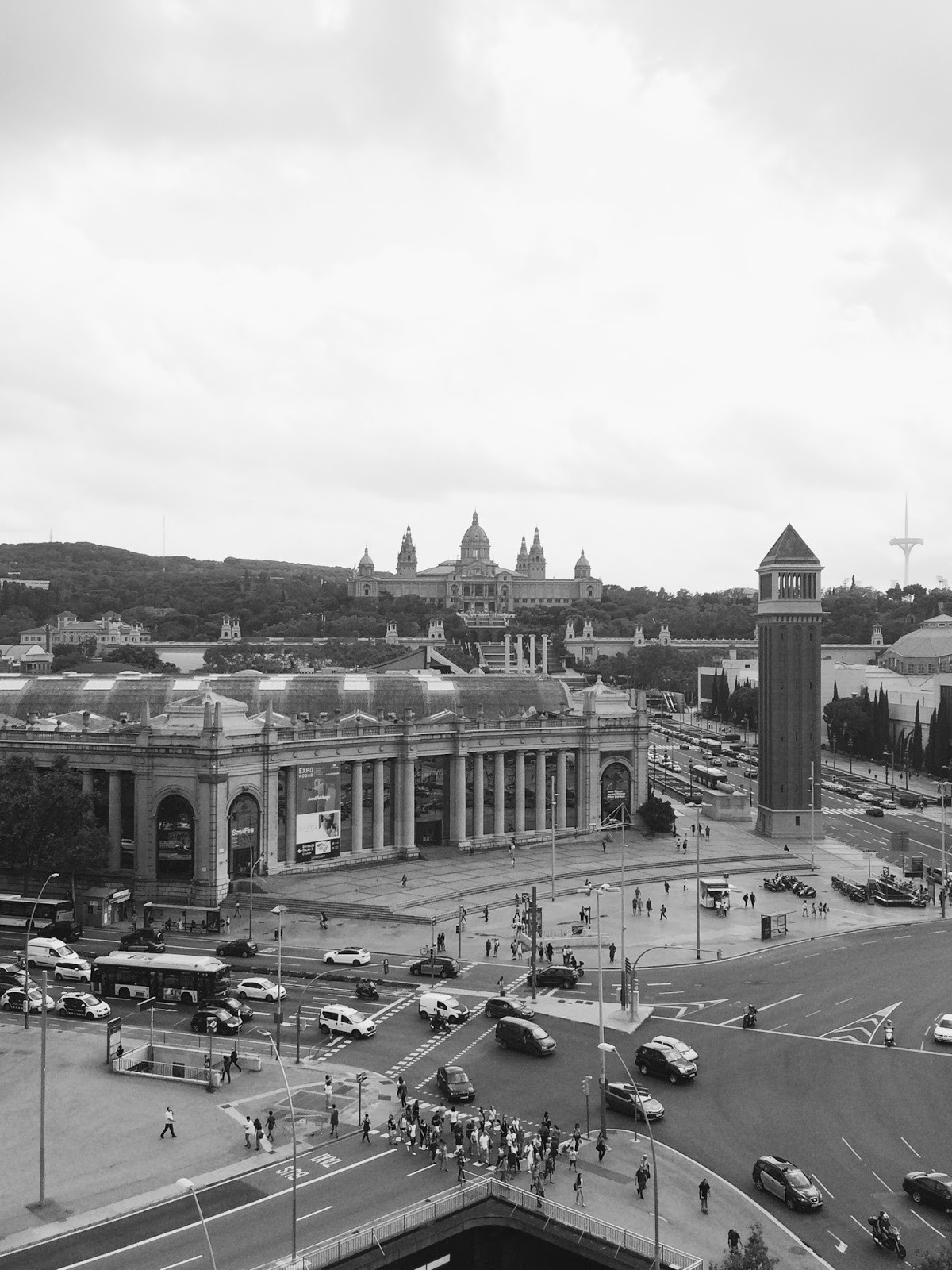 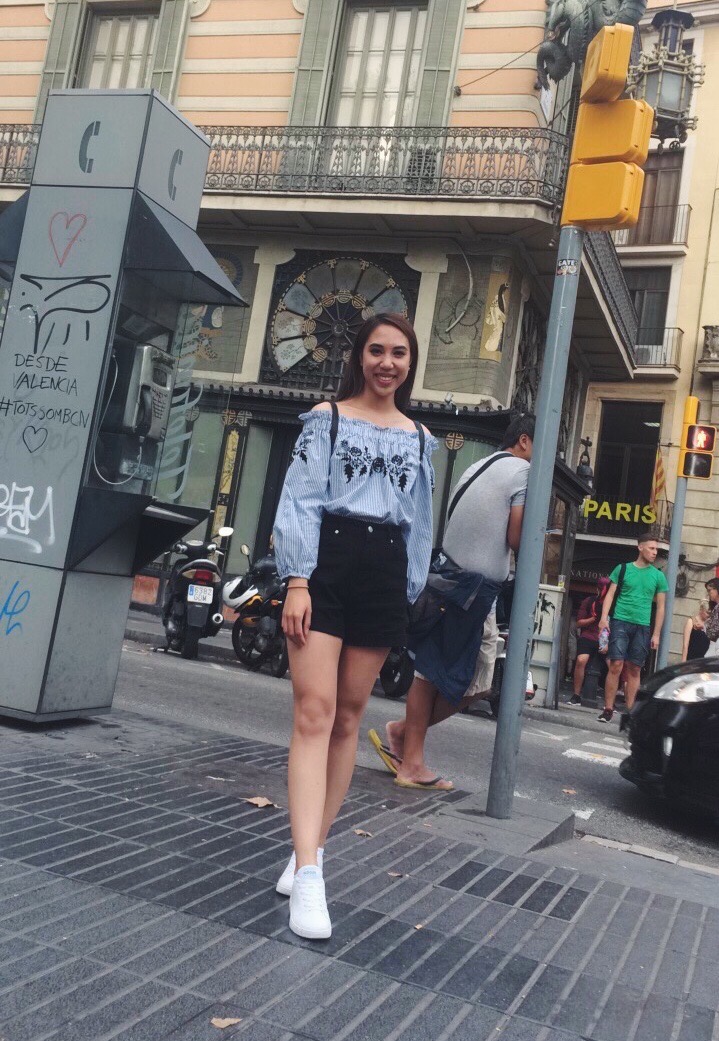 I had a weekend trip to Barcelona with my co-workers in September 2017. It was so fun to hang out with them outside of work. I got to know them better. It was surprising that I remembered the roads in Barcelona. I have been there before, but it was many years ago. The weather was so sunny and warm, but it also rained. So we had cute pink ponchos.

We were sightseeing with a tour bus, we visited the famous Roman Catholic church, La Sagrada Família and Magic Fountain of Montjuic. We also walked down the street, La Rambla. It was crowded as usual. It was a pity that we missed  the Magic Fountain. It's a spectacular display of colour, light, motion, music and water acrobatics. Luckily I have seen it before when I was there. I have a Barcelona vlog if you want to watch it.
Posted by Tram D. at 11:40 AM 2 comments: